Barnes Rock is delighted to support anything to do with sixties music!  The Swinging 60s Tours and Events are no exception! For full details of the tours and all of the events staged at One Kew Road, Richmond, see www.60sbus.london. 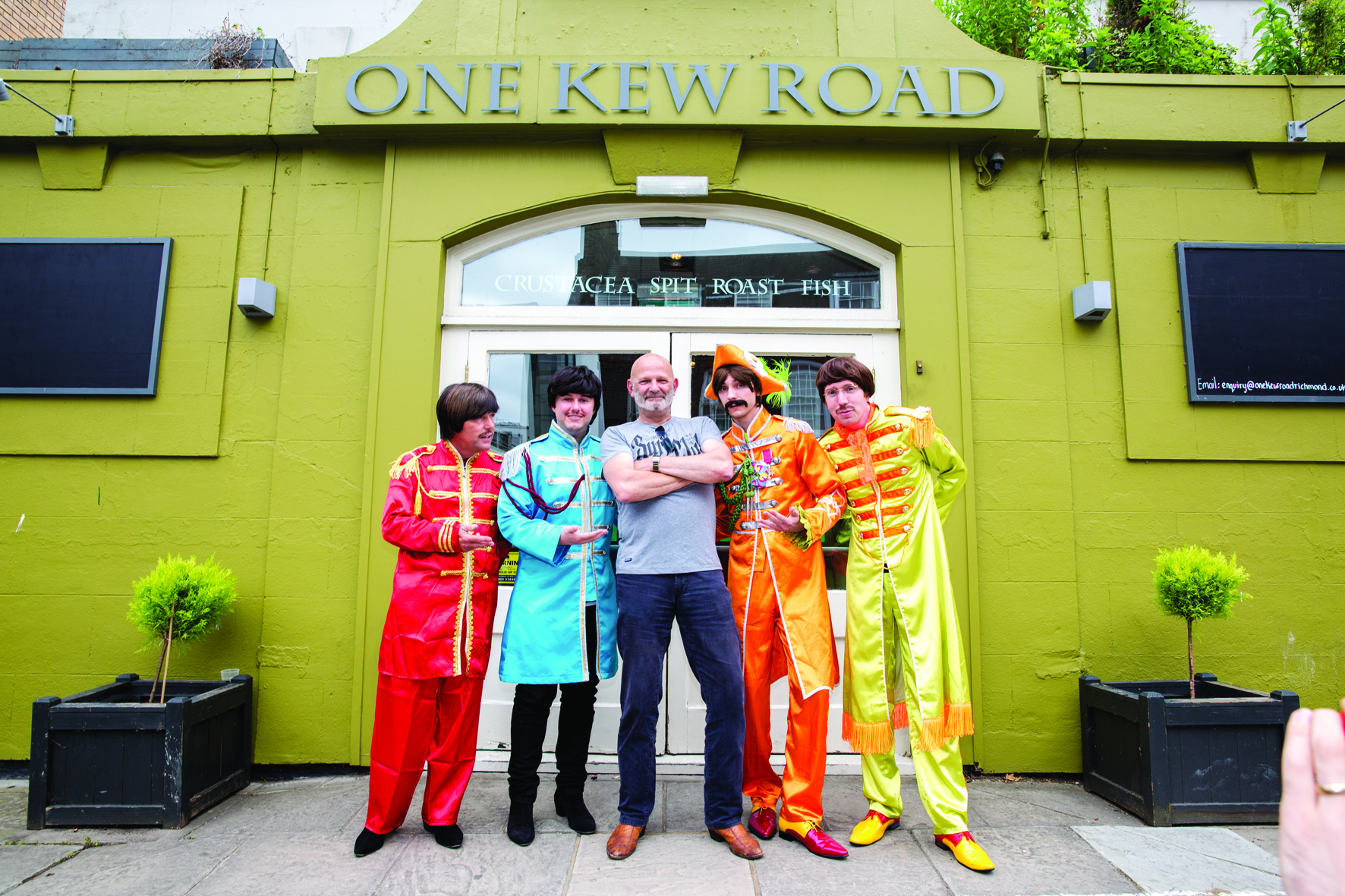 That’s Paul Endacott, organiser of Swinging Sixties Tours and Events, in the middle, outside One Kew Road!

Currently running one and three hour tours on a vintage Routemaster London double-decker bus, these tours include live commentary and music of the era. Transporting you back in time along what was once its beating heart and soul – the Kings Road, Chelsea, you’ll take in the sites and sounds of Swinging 60s London of as you travel down the cradle of rock to Richmond. New tours are being planned and added through collaborations with iconic music venues like The Royal Albert Hall and Hard Rock Cafe.

Music Heritage London is delighted to have brought together bands of the highest calibre and global reputation for your ultimate enjoyment in one of London’s most iconic venues. One Kew Road was known in the 60s as the Station Hotel and home to the original Crawdaddy Club where, on Sunday 24th February 1963, The Rolling Stones launched their career playing to an audience of just three. By the time The Beatles came to watch them at this venue on Sunday 14th April, less than two months later, fans were queuing over the railway bridge at the rear of the building. On Sun 5th May, Dick Rowe of Decca Records attended the Stones gig here at the suggestion of George Harrison and signed them immediately. Less than a month later, Decca released their first hit ‘Come on’. The Rolling Stones played their final gig here on Sun 16th June 1963 before being replaced as resident band by The Yardbirds featuring Eric Clapton, Jeff Beck and Jimmy Page at the new home 200 yards away on Richmond Athletics Ground also home the Richmond Jazz and Blues Festival (1961-1965) forerunner to today’s Reading Festival. One Kew Road is located immediately opposite Richmond Station with a fast and frequent train/tube service to and from Central London.

The Swinging 60s Tour Bus outside the Hard Rock Cafe in Piccadilly. 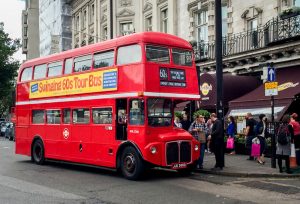